Day 1: Pick up from your Nairobi Hotel or Jomo Kenyatta International Airport then drive to Ol Pejeta Conservancy. Arrive in time for hot lunch then have an afternoon game drive. Ol Pejeta Conservancy is home to the captive population of orphaned chimpanzees relocated from Burundi by the Jane Goodall Institute in the 1900.  It is also home to three of the world’s last remaining three northern white rhinos, and a sanctuary for 111 critically endangered black rhinos. All members of the “Big five game” (lion, Cape buffalo, African elephant, leopard and rhinoceros) can be found at Ol Pejeta Conservancy. Both black and white rhino thrive here. In 2013, Ol Pejeta recorded the birth of its 100th black rhino. This means the Conservancy is now a “Key 1” black rhino population on the IUCN African Rhino Specialist Group categorization. It is one of only eight sanctuaries in Africa with this distinction. Other rare animals that can be found on Ol Pejeta include the endangered African wild dog, oryx, Jackson’s hartebeest, Grevy’s zebra, serval, cheetah and bat-eared fox. The more common African wildlife can, of course, be found here too, including giraffes, vervet monkeys, baboons, hippos, impala, eland, Grant’s gazelle, dik-dik, plains zebra, silver backed jackal, hyena. There are also over 300 bird species on the Conservancy. Dinner and Overnight at Camp or Lodge. 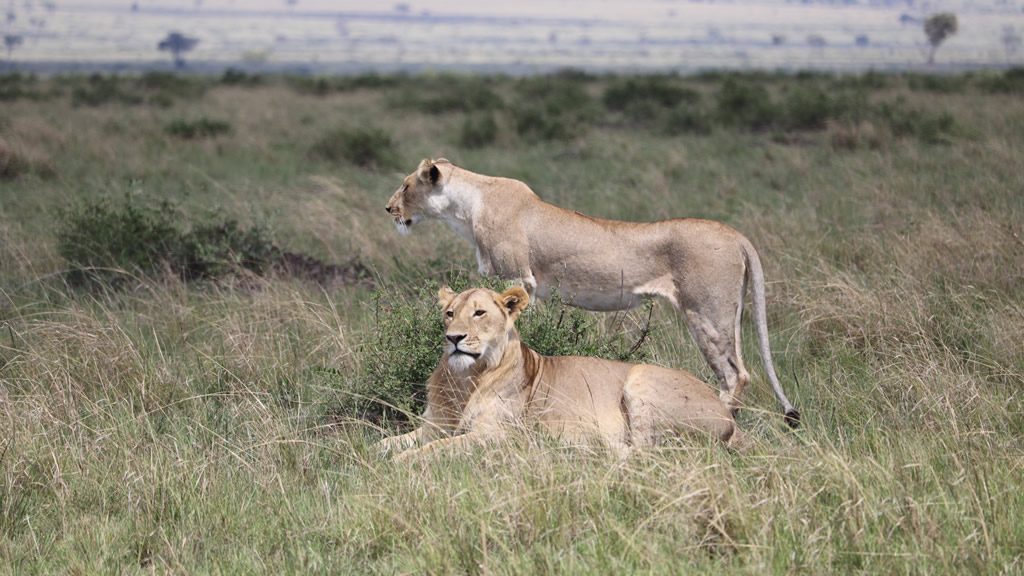 Day 2: We will have an optional sunrise game drive, breakfast then drive to Lake Naivasha, after lunch we will have an afternoon guided walk at the Crescent Island including boat ride. Lake Naivasha is particularly famous for its rich birdlife. The shores host abundant birdlife including pelicans, cormorants and fish-eagles with their haunting cry. At Cresent Island there are more animals per acre than any other Kenyan Park, hence many film companies have been to the Island to film the herds of Wildebeeste, Waterbuck, Zebra and Gazelle. The park is not fenced to allow the wildlife on the mainland to come in as they lose their habitat to development and the ever increasing population. Hippo graze all over at night then sleep under the acacia or rest in the water by day. The giraffes born on the Island return to give birth; sometimes you see three generations at a time. Hyena come to hunt at night but are not resident on the island, the many python who do live here can be seen occasionally with a kill. Groups of Buffalo come and go but they are always monitored. Dinner and Overnight at Camp or Lodge.

Day 3: After breakfast we will drive to Amboseli National Park, have lunch en-route arrive with an afternoon game drive. This is Kenya’s second most popular park in terms of numbers of visitors. Amboseli benefits from the most beautiful backdrop imaginable the grandiose snow covered peak of Mt Kilimanjaro the highest point of the African continent at 5,895m. Elephants are the emblem of Amboseli and they are everywhere with about five animals per square mile. A herd of elephant lumbering along beneath the snowy summit of Kilimanjaro is a sight you will never forget. Dinner and Overnight at Camp or Lodge. 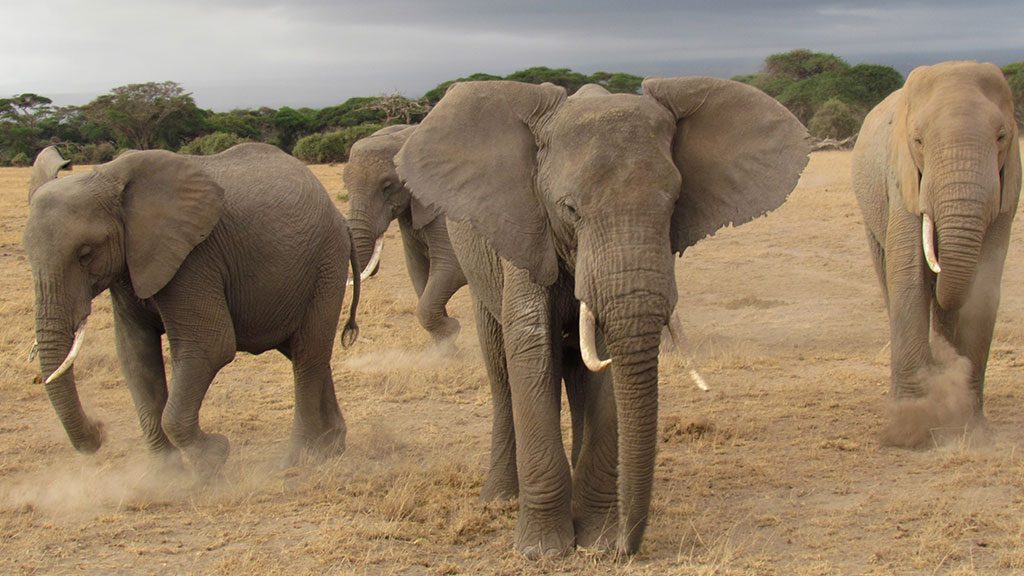 Day 4: Today we will have a full day game drive in Amboseli with picnic lunch provided.  Nature lovers can explore five different habitats here ranging from the dried-up bed of Lake Amboseli, wetlands with sulphur springs, the savannah and woodlands.  Amboseli offers some of the best opportunities to see African wildlife because the vegetation is sparse due to the long dry months. Amboseli National Park is home to many species, including elephants, Cape buffaloes, impala, Kilimanjaro lions, cheetahs, spotted hyenas, Maasai giraffes, plains zebras and blue wildebeest among other African animals. There is also a host of Kenyan birds, both large and small. One can also visit the local Maasai community who live around the park and experience their authentic culture. Dinner and Overnight at Camp or Lodge.

© Copyright 2022 Travel for Change Africa, Designed and Developed by Yellowlime